AbruptFlash darts over TempestClan borderline, the fresh scent of rouge filling his jaws. He glances around, seeing who he can find.

Wren stood low, feeling a faint breeze bring a mouse's scent down to her. She had been hunting almost since sunrise with no luck, and unless she caught this one, she would definitely give up. She licked her lips, already imagining the warm prey filling her stomach, and took a step forward; she was now close enough to pounce. Bunching her legs, Wren jumped, landing with off balance on top of the mouse. She grabbed at it as it tried to escape, barely able to snap its neck with her claws. Satisfied with her hunting, Wren knelt down and took the mouse in her jaws. She began to walk, looking for someplace secluded to eat. 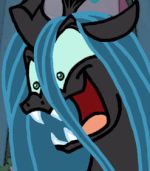 The clan tom-cat spots the loner, is eyes widening in surprise, he follows her, flicking an ear.

Wren padded a short distance until she came across a fallen tree. She hopped over it and, deciding it was sheltered enough, dropped her mouse and began to eat. Her stomach was growling and she was focused on little else.

SeedStone timidly padded past, her gaze drifted down to her paws when she sighted the other two cats in sight.

Wren's ears swiveled--had she heard another cat? No, it was my imagination, she assured herself, and continued eating.

Stormingwind watched his prey silently, his tail flicking from side to side in apprehension, waiting for the perfect moment to strike.

SeedStone got a burst of courage and approached Wren, her movement was hesitant but curious. "Hello," she said, softly.

Stormingwind blinked in surprise, seeing the other cat approach his 'prey'. A light grown rumbled in his throat as his tail lashed from side to side. Find your own meal. This one's mine. He continued watching, trying to decide whether or not to pounce.

Just then, a pale blue figure leaped through the nearby dense bushes and pounced on the prey. The lithe young tom had it locked within his jaws, as he proudly lifted it into the air. Turning around, his green eyes widen nervously as he spotted the two cats behind him. "S-sorry!" He stuttered an apology before trying to race away through the bushes.

Stormingwind hissed loudly and raced after him although he didn't know why. After all, he simply enjoyed chasing things.

The tom let out a loud snarl as he lost his footing. He turned to the direction of force, eyes fiery.

The tabby's ears flatten, and he balances himself into a defensive position.

He instantly slid his claws out, fangs bared. "What do you want."

Hissing, the tabby pounces on him. "For you to stop crashing through the forest like a wild boar!"

The gray tabby growled and attempted to kick him off, rolling onto his back in a flurry of leaves. "And I would have stopped had you not interfered!" And stole my prey. He thought bitterly. This urged him to fight harder as he swept around the tom, attempting to unbalance him.

He nimbly jumps out of the way, scratching his opponent's flank.

He snarled as a burning sensation erupted from his left flank. Quickly pulling his paws back, he scored his claws across the tom's right shoulder. He's good.

Jumping neatly onto the slightly larger cat's back, he rakes his claws down his back. WHY IN THE STARS DO I RECOGNIZE THAT SCENT???

He snarled, rolling away and clawing at the black tabby. Hey, that's my move! His eyes widened at the tom's fighting style but he continued ferociously.

He hisses menacingly, cringing before nipping his opponent's foreleg.

He growled at the pain, eyes narrowing as he quickly drew it back, whisking around the other tom and trying to knock him into the air.

He jumps up nimbly, avoiding the tom's paw and landing on it, unbalancing him.

Stormingwind rolled away and kicked out with his hind legs, rolling up onto his paws. "Who are you." He demanded expressionlessly, gray eyes cold.

The cat jumps back again, stumbling a bit. He growls, "I'd ask the same to you."

"Wait! Stormingwind, Phoenix!" Aurora dashed into the scene, "What are you guys doing!" Her eyes widened at the blood.

Phoenix almost mewed, I know his scent, but stops after he opens his muzzle.

Wow....she had come a far way from her pack...it was so FAR! And she was starving! Her stomach grumbled and the fact her alpha caught her at that time didn't do much either....

She heard from a few bickering wolves about this place, and so got herself directions to it. It was a huge area she must admit. "Now...let's find me some rabbit!" She pounces all over the place, determined to find a rabbit. She yips and barks and knows one movement is possibly her kill...nothing else. "Time to show them I am more than just some dumb omega!"

Phoenix picks up a new scent, one he had never smelled before.  He tilts his head curiously to the right, and his ears stand up.   He opens his mouth, catching the scent, and he decides to follow it, crouching down and padding quietly to the source.  He closes his jaw and raises his head when the smell grows stronger, mixing with rabbit-scent as well. Gazing around, he sees a black and white creature that looks similar to some of the dogs he had seen in twolegplace. His ears stay pricked up, and he watches it curiously, feeling slightly skittish but shaking the fear off. It is just like the dogs in twolegplace, but more... Wild and intelligent... He thinks, also trying to decide whether to approach it or not. Confused, he decides to just sit and watch, peering through the undergrowth.

The puppy keeps on searching, suddenly smelling a familiar scent........mouse? "Sweet!" She yips as she sees the mouse far away. So she leans down, trying to remember how Mingan hunted as she slowly crepts toward it. But she must've taken one heavy step because suddenly it darted away so quickly. Leloo groaned and whimpered. "Who am I kidding?! I will never get out of the omega status and I will be isolated for the rest of my life!" She whimpers and cringes in pain as her stomach growled.